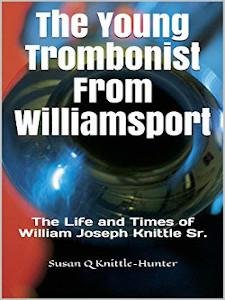 This historical biography about William Joseph Knittle Sr. unfolds during the Great Depression, a very difficult time in the history of the United States, which lasted from 1929 through 1939. It moves into and through World War II years. The story begins in Williamsport, Pennsylvania when he was only sixteen years old. With just his trombone, the few things he could carry, a couple of coins in his pocket, and the dreams and determination of playing his music with the big bands, he left on foot hoping to make it to the big city. One foot in front of the other, he made his way alone during the worst year of the Depression when millions of other people were on the road penniless and homeless looking for ways to care for themselves and their family members. Why did he leave home? What happened to him on this journey? Where did he go? How long did it take him? What did he see? What did he do? Who did he meet? Did he make it to the big city? Did he play his trombone with the big bands? Did he fulfill his dreams? Did he ever return home? All of these questions and much more are answered as his story unfolds.